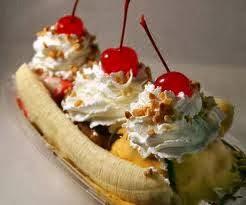 Now that I have discovered it, I keep going back to Lu Lu's Ice Cream Shop in Winter Park. The quality of ice cream and sorbet there, along with the variety of flavors and helpful staff, is just outstanding.

It doesn't hurt that this walk-up ice cream stand is next to Krispy Kreme Winter Park. When the light is on, you can pair a fresh, out-of-the-oven warm doughnut with ice cream. What can be better than that?

The other day, I tried Lu Lu's Salted Caramel Ice Cream, which had an amazing flavor. I also brought home the Strawberry Basil Sorbet and the Pineapple Sorbet. I was a little wary of the pairing of strawberry and basil, but it was truly delicious. Both flavors were present in the sorbet. The pineapple was outstanding as well. What I am most impressed by is how LuLu's quality Orlando ice cream supplier achieves such a creamy texture to its sorbets. You would swear you were eating ice cream.

You do not expect a restaurant with "tavern" in the name - and with such reasonable prices - to have such outstanding food and professional servers. That is exactly what we experienced while dining at Marlow's Tarvern Winter Park this week.

The outside and inside of the restaurant has been transformed into a cozy upscale restaurant/ bar feel; there are virtually no traces of the McDonald's that used to be in this location! We visited Marlow's Tavern to try the restaurant's new winter menu, which includes apps such as Hoisin BBQ Ribs and  Beet, Quinoa & Goat Cheese, along with entrees such as Grilled Salmon and Pomengranate Tuna Salad.

Of course, we had to try the new winter drinks as well. Fire on Ice is a must-try: it features flavors that I want in the fall and around Thanksgiving. Made with Cachacha Gold, Blood Orange Shrub and St. Elizabeth Allspice, the allspice flavor is unique and makes the drink. We also enjoyed one of the traditional drinks on the menu: the Grapefruit Ricky. It's not too sweet and is made with voda, fresh grapefruit and lime, and St. Germaine elderflower.

I was most surprised by the quality of food served at Marlow's, for the excellent prices charged. The apps are reasonably priced, burgers start at $8.50, and all entrees are under $20. The restaurant - as well as its sister restaurant at Pointe Orlando - source the highest quality meat and seafood for its meals, and most of its produce is purchased within 50 miles of the restaurant.

We started with the Lump Crab Beignets, which I have to say are one of the best appetizers I have had in quite a while. Inside a crispy, fried ball, you get flavorful bites of crab, and then you dip this warm goodness in a Wasabi Honey Mustard Sauce. I will return to Marlow's just to enjoy this app along with one of the many craft beers on tap.

We tried a couple of the new winter entrees: Crispy Brick Chicken and Pan Seared Trout. The chicken was cooked perfectly and we loved the flavor of the Parmesan and Angel Hair Carbonera with bacon and carmelized onions that was served with the chicken. The trout has a lovely Asian flavor, thanks to the Quinoa Fried Rice and Soy Glaze served with it. What I was most impressed by was that my fish was cooked perfectly: tender on the inside with nice, crispy skin.

Even though we were stuffed, we made room for dessert. The new Warm Chocolate Cake is to die for. The Jack syrup and pecans served with the cake make this a perfect fall treat. The Classic Creme Brulee was also delicious.

We will definitely return to Marlow's Tavern with friends. We want to try out Happy Hour specials, from 3:00-6:00 p.m. daily, and the brunch, which is served every Saturday and Sunday. One of the most popular items for brunch is the Chicken and Waffles, and I also want to try the Crab Cakes Benedict and Marlow's "Over-stuffed" French Toast. You must also check out the full Bloody Mary bar for Sunday Funday. I have never seen so many choices for Bloody Marys!