CocoWhip is Heaven for Dairy-Allergic, Vegans

When So Delicious asked me to sample their new frozen whipped topping, CocoWhip, I have to admit I was skeptical. We all know the decadent, luxurious feeling and taste you get when adding whipped topping to your favorite pie, crisp or other dessert. I didn't believe I could get that same "mouth feel" with a product that contains organic coconut oil, organic tapioca syrup and just a couple other ingredients. 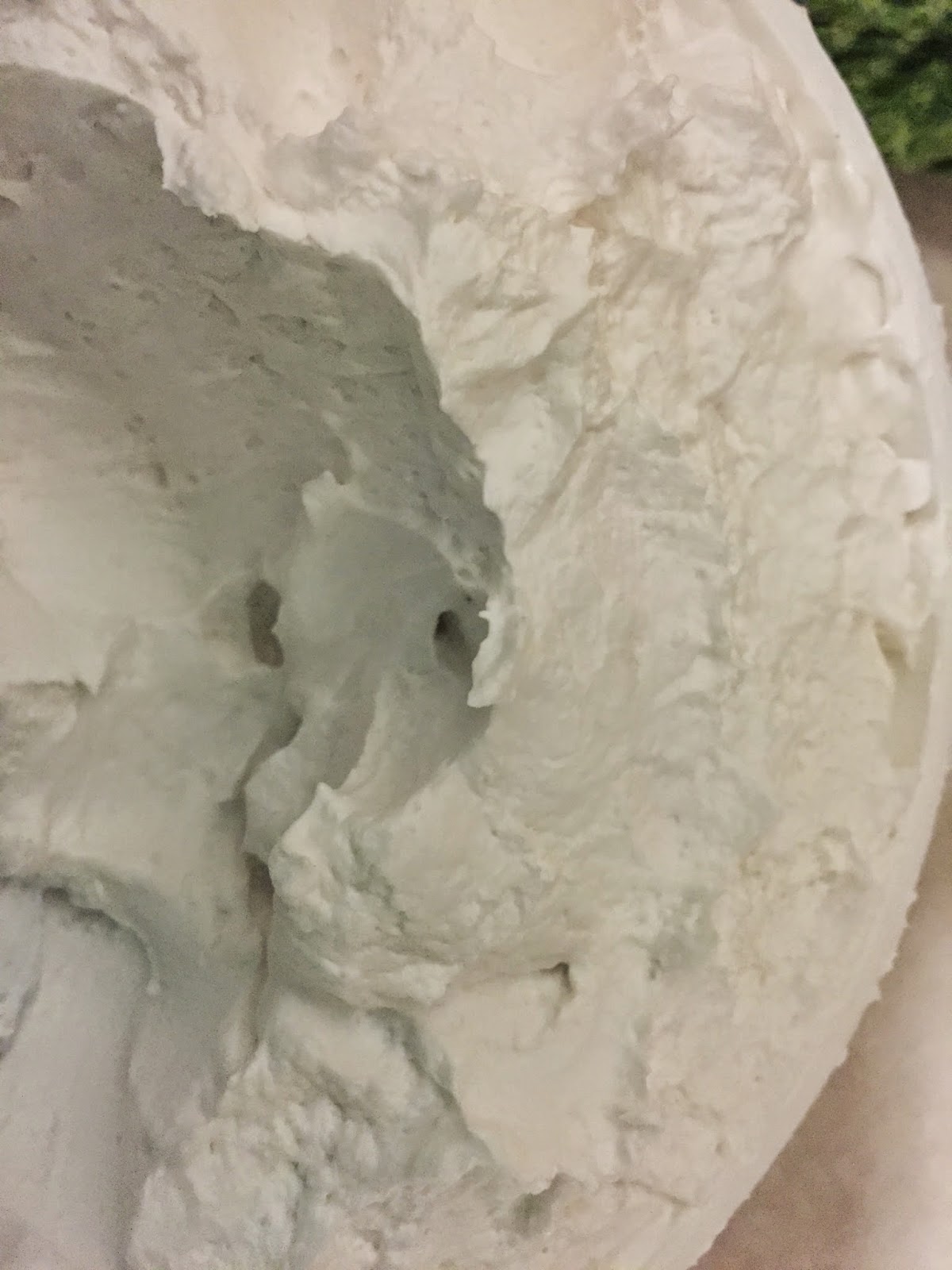 I am so happy that So Delicious proved me wrong! The texture was spot-on. Thick and luxurious, but also light. And the flavor was perfect. I did not taste the coconut; it simply seemed like a sweet whipped topping. I paired the regular CocoWhip with an apple crisp, and my guests had no idea it was not regular whipped topping.

You can find CocoWhip at Whole Foods Market and Sprouts stores nationwide. Let me know how you like it!
Posted by Christine Blank 0 comments 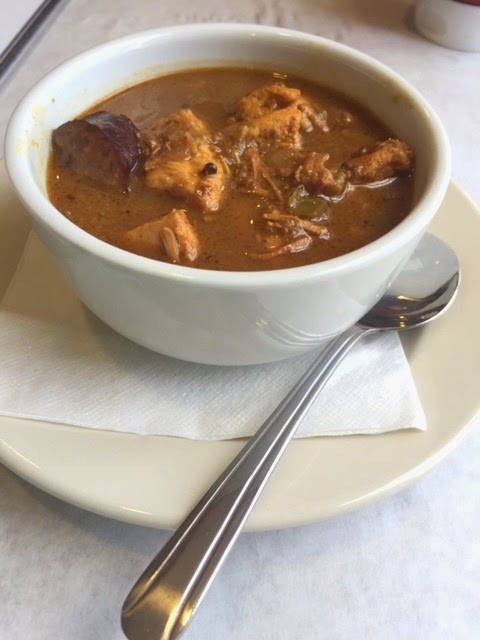 I had the best meal I have had in a long time at the new Two Chefs Seafood & Oyster Bar in downtown Orlando. I am usually very nervous when trying a brand new restaurant. It typically takes a while for management and staff to work out the kinks, and you really don't know if the food will be good.

In this case, I had no worries at all. I had already heard that the two chef-owners are Bernard Carmouche, former culinary director for Emeril Lagasse's Florida restaurants and Larry Sinibaldi, former chef of The Palm restaurant at Hard Rock Hotel. Also, my friend Amy Gilbert, pastry chef at Emeril's Tchoup Chop, serves as a part-time pastry chef at this great restaurant.

Near the 7-Eleven on Colonial Drive, you almost miss Two Chefs, which is a small eatery in a renovated house. There is some parking in the back and on the side streets. The atmosphere is very inviting - not stuffy - with white butcher paper on the tables instead of white linen tablecloths. The atmosphere almost fools you into thinking that you will be getting casual, 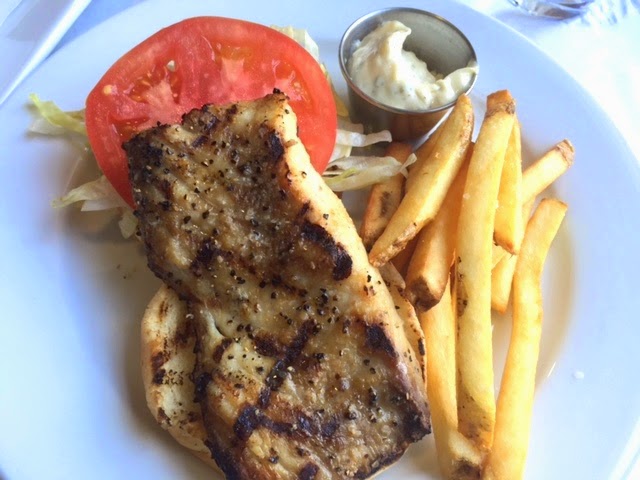 That is certainly not the case here. While there are familiar Southern items on the menu like baked oysters, Shrimp Po'Boy and macaroni and cheese, the chefs have taken a very unique and fresh approach to each app, side and entree. We started with the Chicken and Sausage Gumbo, which was full-flavored. I love the smokiness from the sausage and appreciate the huge chunks of tender chicken in the gumbo. After eating gumbo in New Orleans, it has been so hard to find one I like in Orlando and now I have! Instead of Oysters Rockefeller, the chefs offered a delicious Baked Oysters app, which my husband was a little leery of because it includes Brie cheese fondue, bacon and toasted Panko bread crumbs. He was pleasantly surprised when he realized that the oyster flavor pairs perfectly with both the brie cheese and bacon.

Of course we had to try the Shrimp Po Boy. This is one of our favorite things to get when we go home to South Mississippi. The chefs fly in bread from New Orleans for the Po Boys, so we knew it was going to be great. The plentiful, lightly-breaded shrimp paired perfectly with the mayo, lettuce and lightly toasted bread. We will definitely be back for that sandwich! We also had the Fish Sandwich of the Day, which was red drum. Chefs in New Orleans and Mississippi know how delicious this fish is, but I never see it featured in Orlando restaurants. I was so happy to have it, and it was cooked nearly perfectly. The sandwich was great, but the housemade remoulade sauce was even better. 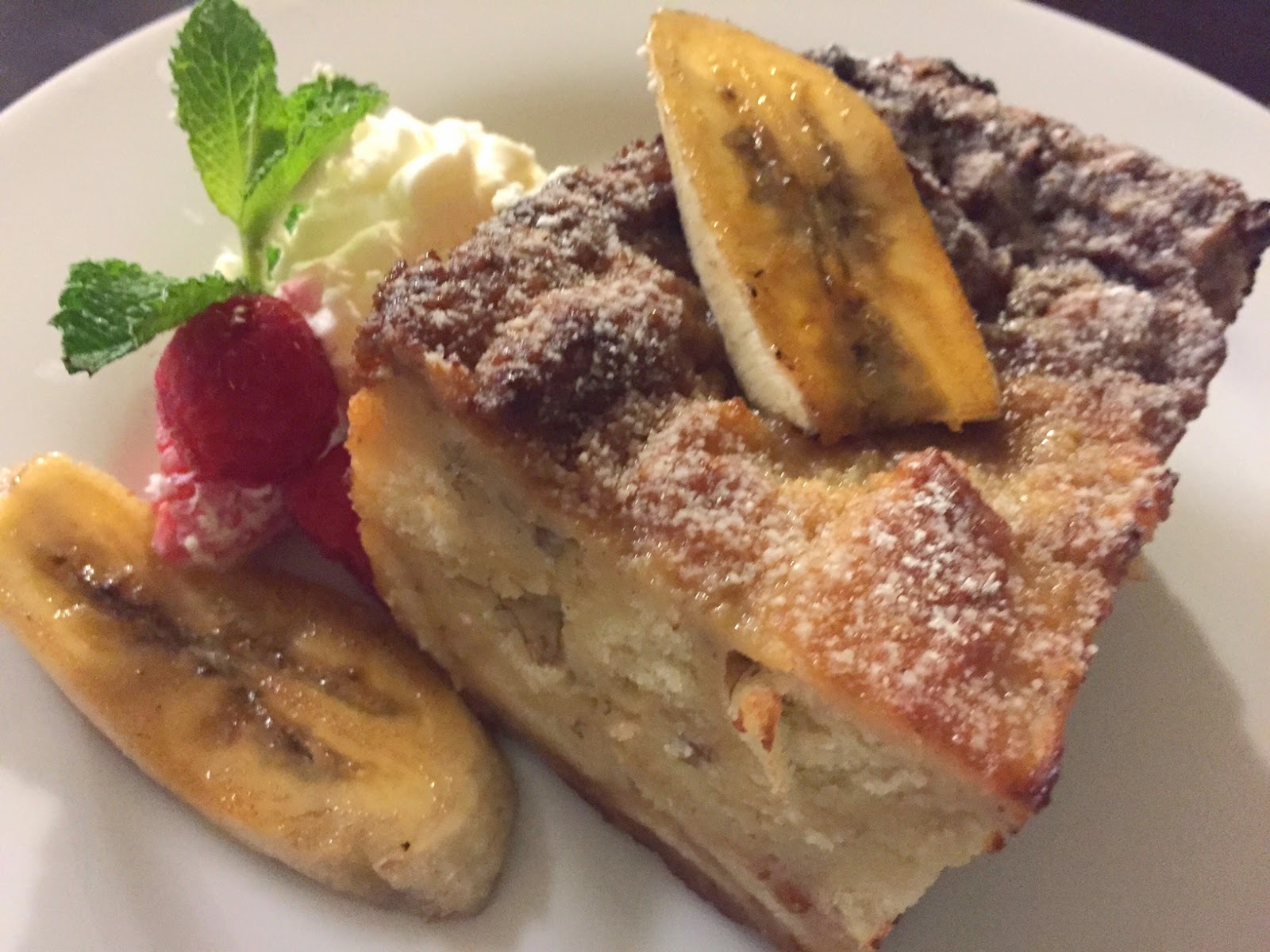 We also wanted to try the unique sides. We had the Crispy Pancetta and Jalapeno Mac n Cheese with toasted Panko bread crumbs. We liked the kick from the jalapenos, and the flavor and texture of the pancetta. I think a different cheese would elevate this dish further; the cheese reminded me of macaroni and cheese you make at home, which is likely what the chefs were going for. Our favorite side was the Charred Okra with oven-dried tomatoes, lemon and basil. And this is from someone who doesn't like okra outside of gumbo and the fried okra. I couldn't get enough of this dish! The beautiful, light tomato broth paired perfectly with the firm - not mushy - okra.

Of course, we had to try dessert. It was so hard to choose from Key Lime Pie, Chocolate Cake, Creme Brulee and others, but we settled on the Banana Bread Pudding. We are so glad we did! Each bite was a mouthful of bliss. The pudding doesn't look as moist as it actually is. Once you bite into it, you realize that it is soaked in a delicious whisky anglaise. We loved this decadent, but light dessert!

Of all the spring festivals and events going on around Central Florida, the Taste of Winter Park, April 15 from 5:00-8:00 p.m., is the one I recommend the most. When I attended in the past, I enjoyed numerous samples of decadent gourmet cuisine from the area's top restaurants, along with wine, beer and dessert samples. 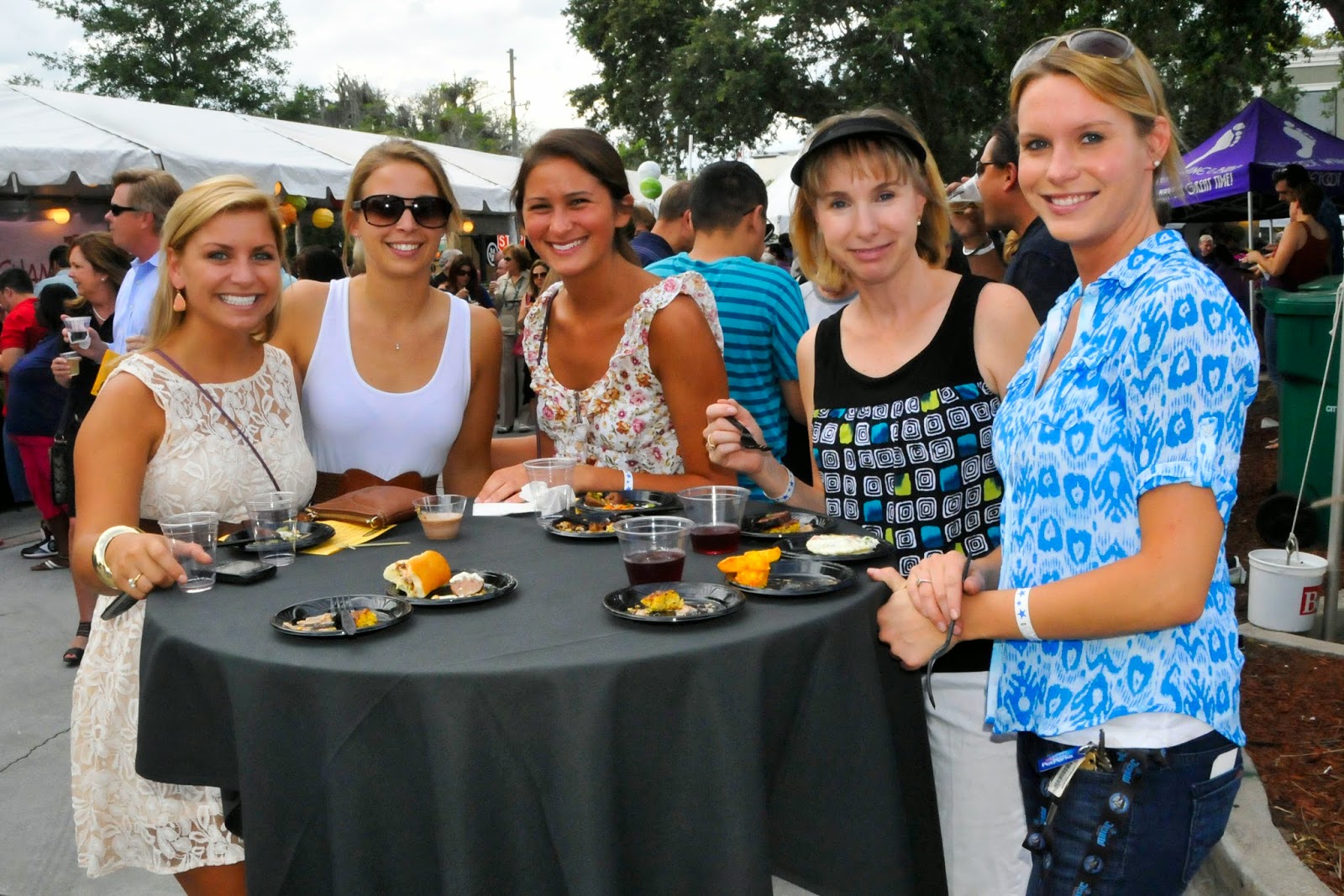 Here are some of the food/ beverage stations I suggest you visit: Barefoot Wine, Barnie's Coffee Kitchen, Caramel Kitchen, Lombardi's Seafood, Marlow's Tavern, Mellow Mushroom, Orchid Thai, Peterbrooke Chocolatier and Whole Foods Market. I'm bummed that, this year, the great chefs at Cask & Larder and The Ravenous Pig are not sharing their beautiful and delicious creations with us!

Tickets: $45. It's pricey, but you get unlimited food and beverage samples.

Is Cozee Cafe Worth the Wait? 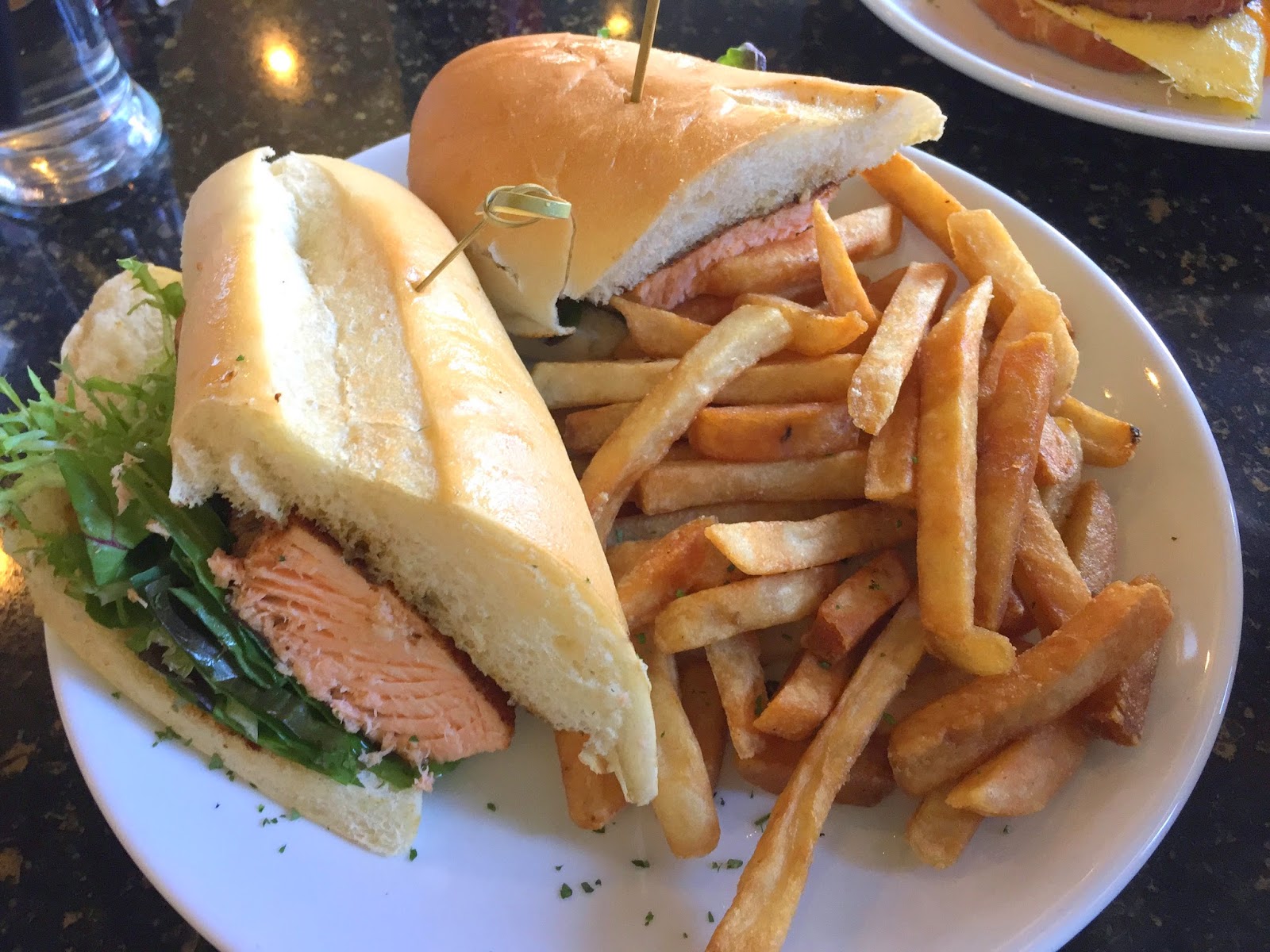 I was hoping so. It is always nerve-wracking, visiting a new restaurant for the first time - without reading reviews or getting recommendations from friends. I simply based my decision to visit on the number of people often sitting outside on the patio at Cozee Cafe in Lake Mary.

We visited at an off-time on a Saturday, but apparently the lunch rush wasn't over. Of course we were hungry for a late lunch. Any time it takes 35 minutes to get a breakfast sandwich and a fish sandwich, there is a problem.

I wish I could say the food was worth the wait. Well, some of it was. The Blackened Salmon Sandwich was cooked perfectly and the greens paired nicely with the fish. The fries were awful. The Egg and Bacon Breakfast Croissant was just okay. It was a bit greasy. The best part was the croissant, which tasted homemade. 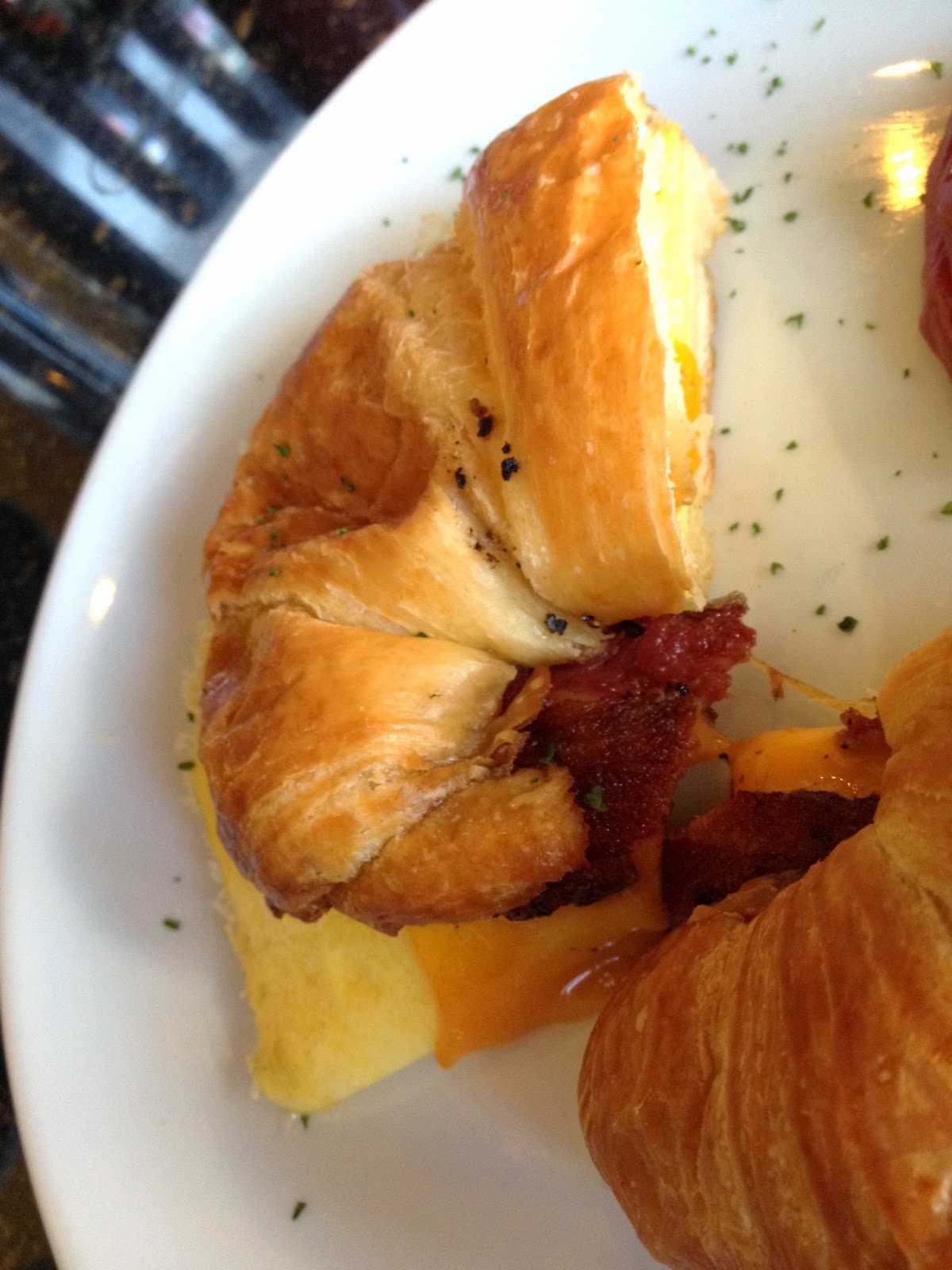 Instead of just leaving upset, I talked to the manager about my experience. I asked him if over 30 minutes is a normal wait time to receive food. He assured me that it was not. He explained that the kitchen got backed up and food typically only takes 15 minutes. To make up for the wait, he offered a complimentary dessert, which was the Caramel Flan. It was very tasty! I truly appreciate the gesture, and think it is very smart when managers make up for bad experiences with a free dessert or discounts off the guest's next meal.

I guess the awful service and wait time just left too much of a bad taste in my mouth - pun intended - for me to return anytime soon. It was disheartening that our server never visited our table throughout the wait to check on us. It was also sad to see - when the kitchen was so backed up - the manager simply rolling silverware for the next service instead of preparing or expediting food. I was really looking forward to trying some of the other items on the menu - such as the Peri-peri Wings - because it looks like the restaurant features some unique flavors and dishes.
Posted by Christine Blank 0 comments

We all have a ton of leftover hard-boiled eggs from Easter. It is just one of the great - or not-so-great, in some people's minds - side effects of boiling and decorating those eggs in a myriad of different colors.

This year, don't make that boring egg salad until you get sick to death of eating eggs. Try something more fun that you will actually want to eat. My husband makes a very flavorful Cajun Deviled Eggs recipe that I would like to share with you: 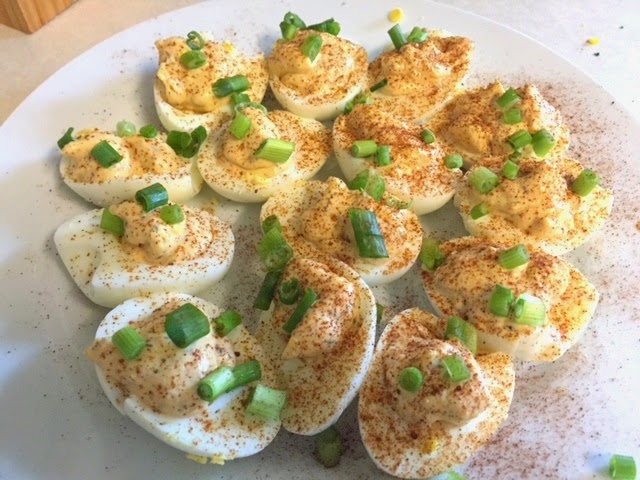 If you want to dine out in Orlando for Easter brunch, lunch or dinner, there are certainly plenty of fun and delicious events going on! I would suggest seeing if your favorite restaurant has a special Easter brunch menu - most do - and going to a place you know you are going to get great food.

If you want to try something new, here are the top five events that look most interesting and tasty to us (all on Easter Sunday):

1. Most unique: Enzian Theater's Easter Brunch & Egg Hunt with special screening of Mary Poppins. The egg hunt with prizes starts at 10:30 a.m., followed by brunch and then the movie at 12:00 p.m. Sounds like great family fun!

4. Another brunch that has me drooling: Bonefish Grill's brunch menu looks outstanding and includes unique takes on favorites, such as Creme Brulee French Toast and Oscar Omelet with Smoked Mozzarella and Asparagus.

5. Most variety: Really, any type of food you are in the mood for can be found at Rosen Shingle Creek's Osceola Cafe brunch. While it is the most expensive on our list, we had a great experience there in the past. Have fun with the Make Your Own Pasta station, the incredible dessert bar, the Peking duck crepes, sushi, several different Mi Casa tacos and much more. 11:30 a.m. - 7:00 p.m.
Posted by Christine Blank 0 comments 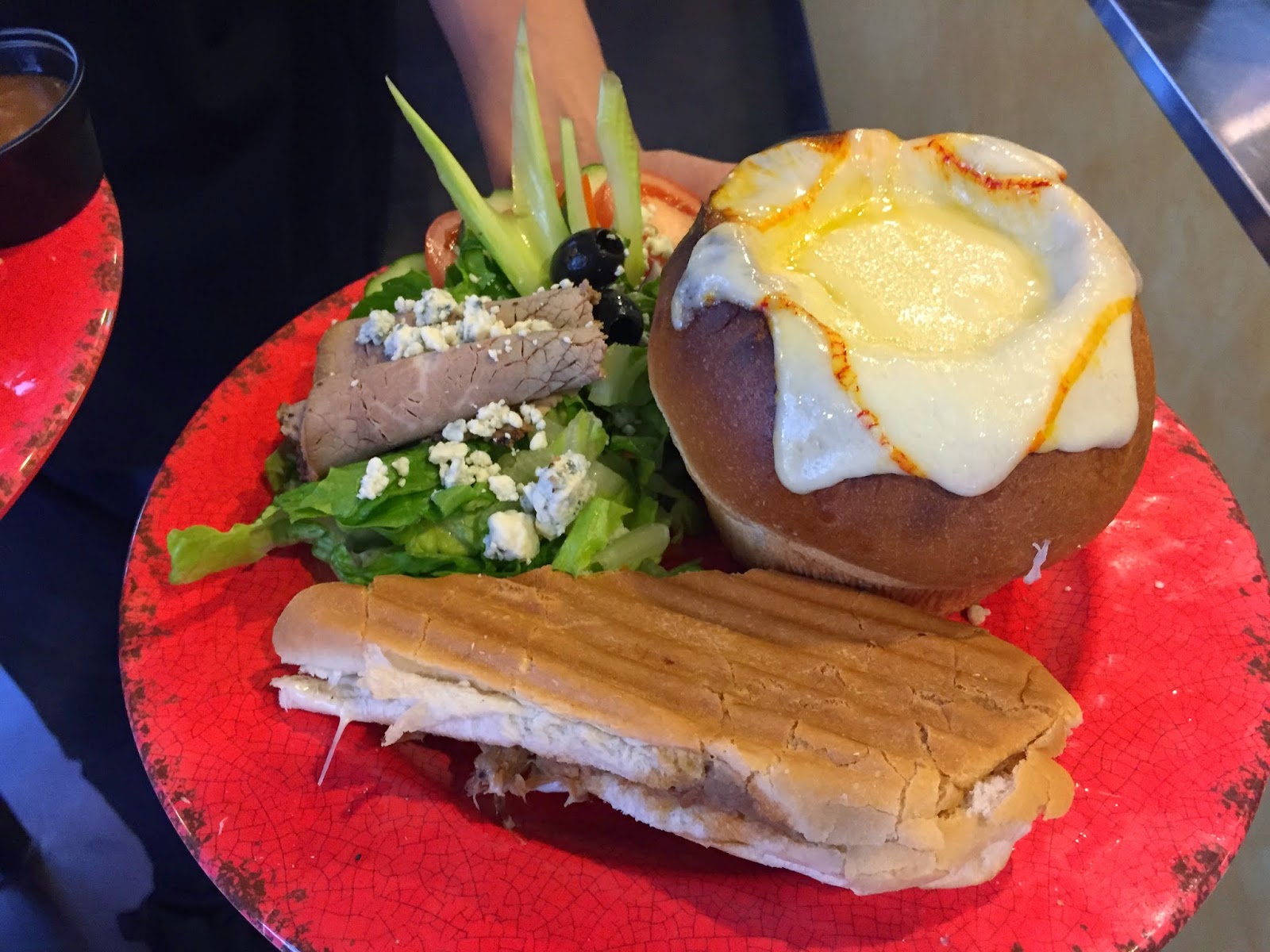 My first visit to The Corner Cafe in Sanford was definitely a pleasant one. After reading great reviews about the restaurant on TripAdvisor, I knew I needed to check the place out for myself. Downtown Sanford is so close to home, and I am making an effort to explore all the things it has to offer.

I arrived before the lunch rush, and was pleasantly surprised when the chef/ owner Michael O'Brien and one of the employees struck up conversations with me. They were so friendly and welcoming, and wanted to make sure I had a great experience there. The small restaurant has a great atmosphere and feels bigger than it is. Locals go there for the delicious French Onion Soup in a bread bowl, the other house-made soups and the great sandwiches. 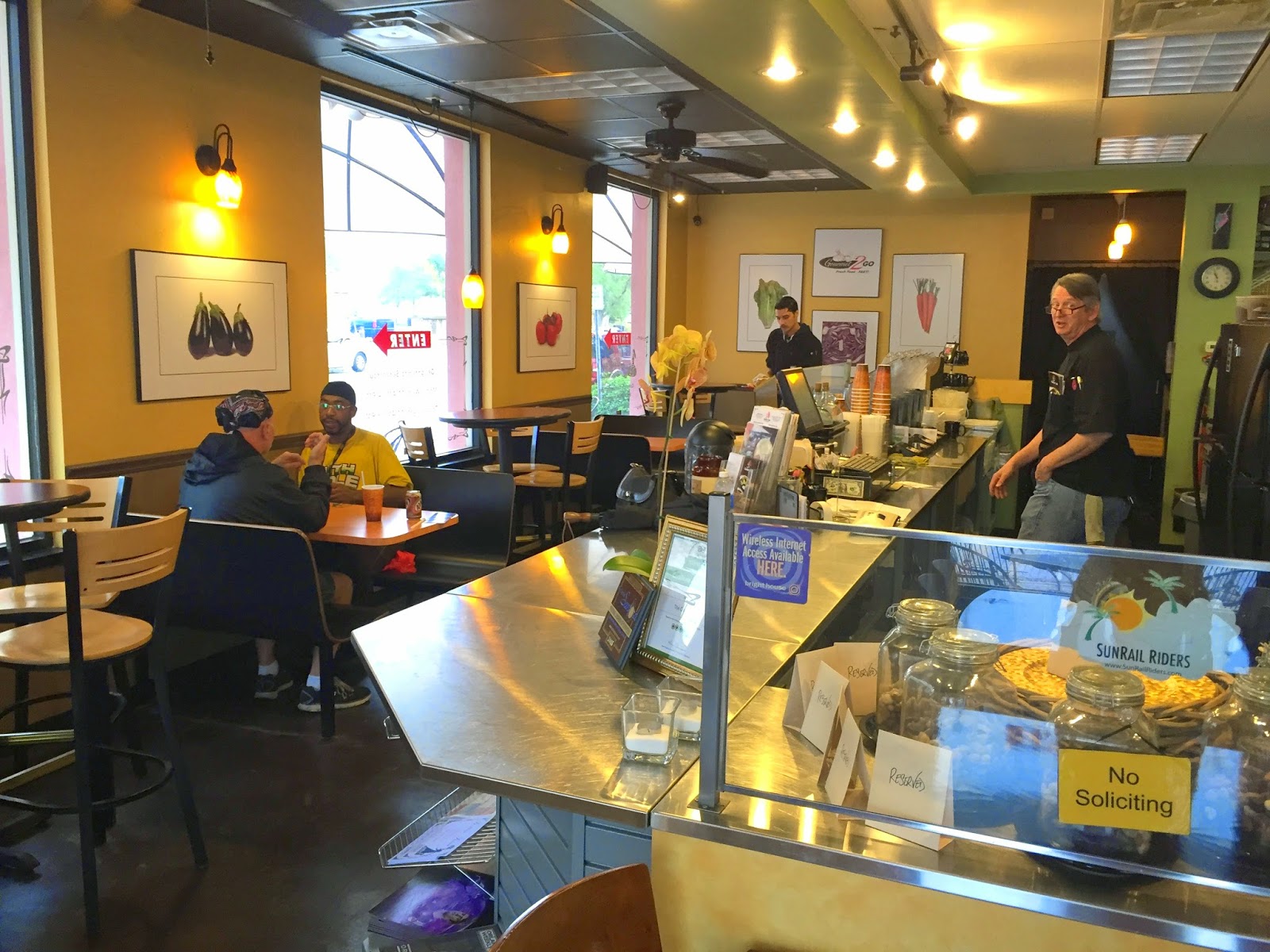 f
Due to food allergies, I was not able to try the sandwiches, but I did try one of the most delicious, homey soups I have ever had: the Celery-Vegetable Soup. While the soup is great for vegetarians, anyone would love its meaty, buttery flavor. I don't know how they got that much flavor out of celery and vegetables, but it was delicious. I also tasted the Tomato Florentine Soup with spinach, which I didn't like as much. It's probably just a personal preference, but it was too sweet, reminding me of a spaghetti sauce.

I also had the half Cobb salad, which was alright. Everything tasted good, but there wasn't anything that made this Cobb salad stand apart from every other one. I didn't get a ton of food for the price, but you do get a drink with the meal deal: half grilled sandwich or half salad with soup for $12.95. They also throw in a mini dessert - in this case a cheesecake with orange sauce and whipped cream - which was delicious.

I will definitely visit Corner Cafe again, if even just for the Celery-Vegetable Soup and friendly service!