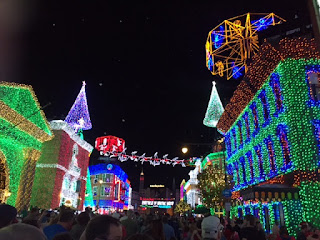 The two top reasons I wanted to visit Disney Hollywood Studios this month were to see the Osborne Family Spectacle of Lights - sadly, for the final time - and to see the new Star Wars attractions that opened earlier this month.

The lights, as usual, were spectacular. Plus, Disney's Hollywood Studios added new features this year that took the attraction over the top. First, the lights are timed to so many different holiday music themes that you are constantly entertained as you walk through the expansive attraction. We also marveled at the tunnel of LED lights that displayed very unique dancing shapes.

The new Star Wars Launch Bay did not disappoint. First, you watch an interesting 10-minute documentary of the making and importance of the Star Wars movies (albeit a promotional push for Star Wars movies and video games). Next, you get to see cool props from Star Wars: The Force Awakens, and even get your picture taken with them. 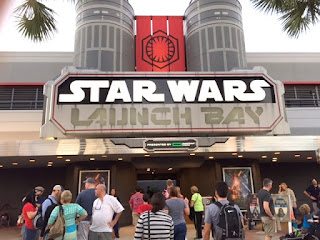 We were also thrilled that the Star Tours sim ride included scenes from the new movie and an appearance by BB-8. We didn't check out the other new Star Wars attraction, which is sort of a Jedi training camp for kids.

So, make sure to visit the park before January 3 to see the Osborne Lights - and get to all the new Star Wars happenings before they get too crowded!